That's the first line in a song, which goes on to point out all the silly things we Canadians are.
Like too polite. How we have free health care.  And have "Monopoly money"
(I was in Tijuana and gave a bill to a poor person who was begging for money
and she threw it in the garbage.  So it's purple.  You can still buy food with it.)
And how we say "roof" when the Americans says "roof".  (I've never understood that one)
I was in a mall once, somewhere in the States, and the clerk said "You're from Canada!"
I couldn't figure it out - I had just asked where the washrooms were.
She told me that's how she knew.  I asked where the washrooms were.
She called them "bathrooms"  Huh?
I didn't want to take a bath.
Anyways...

In other words, if you are celebrating July 4th and live in the United States,
create something for that.
Or maybe you're from the UK, or New Zealand, or "South Africa or
well, you get  it, right? 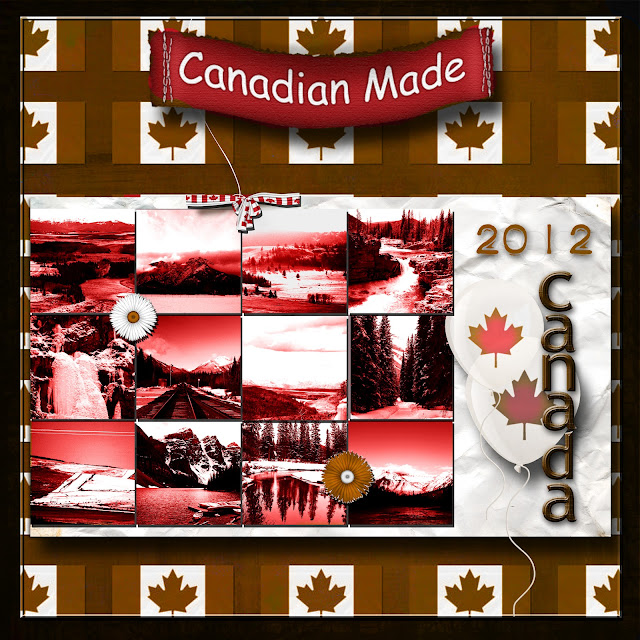 but then I felt guilty, so I did this: 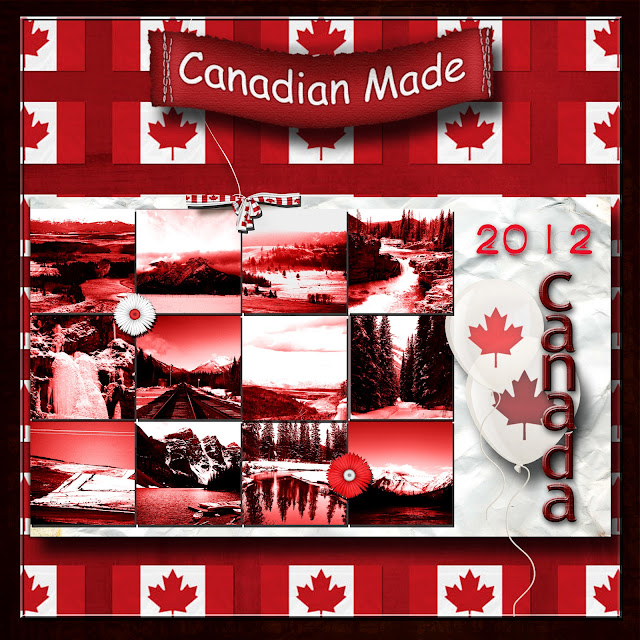 See?
Canadian.
Too polite.
Don't want to offend anyone.
The photos are my own and the other elements are by Paislee Press
and Monti's Pixel Playground.
Not bad, eh?
For a Canadian.
:-)

I hope you come visit us at
The Order of the Opus Gluei
to see the wonderful work the other Poobahs have created for this challenge and of course,
to play along with us!

Happy Canada Day.  Or whatever you are celebrating in your neck of the woods!
Posted by Electra at 1:01 AM