(or scary, at least)
I went to our annual Zombie Walk on the weekend.
I was early and so was a zombie, with his zombie children.
I asked him if I could take his photo
and he happily agreed.
As I was focusing, through the viewfinder,
I stared and lowered my camera and said
"Jesse?"
And it was a guy I've known for years!

The moral of the story is,
You never know what you're friends are doing when you're not around.
Meet Jesse: 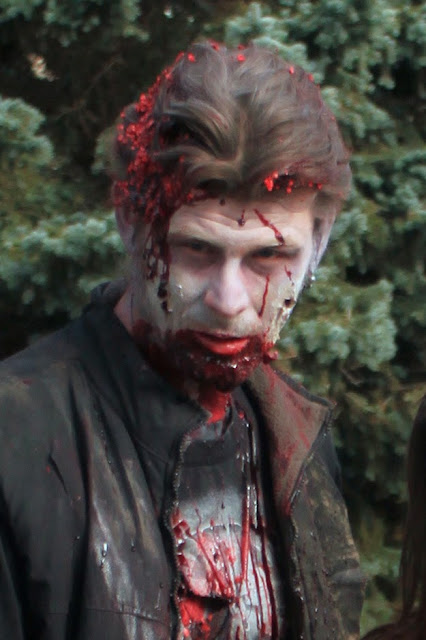 (PS.  He asked me to take his photo with his cellphone and it
was all covered with red sticky stuff.
EWWWWWWWWWWWWWWWWWWW.)

This is for
Tuesday One World
I'll bet it's the only zombie you see.
(the only REAL one, at least)

Thanks for coming by!
Posted by Electra at 5:04 PM