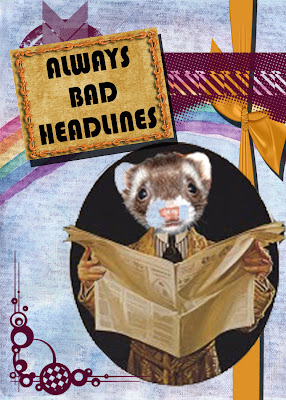 The other day, I was sitting at a stop light downtown, with one of my staff in the passenger seat. I was in my own little world and Stephen said "Look! A donkey!"

I looked to the right and saw that we were face-to-face with a baby moose (which Stephen had apparently never seen before). The moose took off down the street, weaving in and out of traffic, with (get this) 6 police cruisers and wildlife officers in hot pursuit. (If the cops put that much energy into catching gang members, we'd all be a lot safer.) Cowboy up!!! I heard on the news that night that they had finally cornered it and tranquilized it and returned it to wherever baby mooses come from. It's a good thing Mama wasn't there too. Those Mama's are mean critters. Have you ever seen a moose? (As I said, Stephen hadn't, so I'm going to assume there are others in the world who haven't had the pleasure as well). Well, they look like Creator took all the left-over parts from all of the animals He designed and smooshed them all together. They probably would have called it a smoosh, but that sounds like you've been drinking when you say it, so I think they came up with Moose.
So that's the first contact I had with animals in the past few days.

Now before I tell you this other story, I'm going to ask you to please keep in mind that I have told you I DO love animals, really I do. There was this skunk in the back alley behind my house. I never met this skunk, but I have it on good authority that he was there. I have no reason to doubt it. And there is this Chinese man who lives in the house behind me. Well, he came running out of his house screaming that the skunk sprayed his dog and he chased after the skunk with a golf club and well, suffice it to say, the skunk is not spraying anyone now. This lovely man was wearing a suit during this. Are you with me? Nice mild-mannered middle-aged Chinese man with a golf club chasing a skunk down the alley and the man wins. Nuff said. I know it's sad, but it's also really really funny, if you ask me.

I should add, I live in a city of over a million people. Not some village in the backwoods where we all drive pickups and marry men named "Beau". although I would marry a man named Beau if he asked me.
Posted by Electra at 4:59 PM