Getting ready for the budget 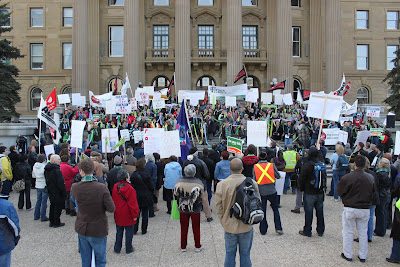 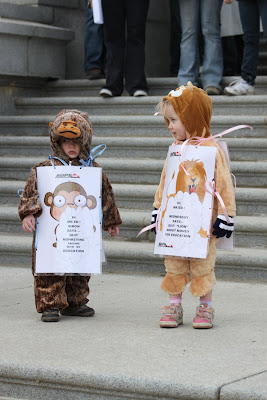 So while in Edmonton, I took part in a protest against government cutbacks. We're the richest province in the country and we have the highest rates of homelessness, domestic violence and poverty.So suffice it to say that as a social worker, I'm hugely concerned. Obviously the two little protesters are as well!
Posted by Electra at 10:19 PM