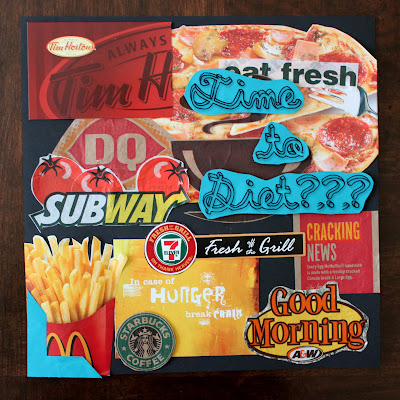 Recently, in a large city in Australia , a poster featuring a young, thin and tan woman appeared in the window of a gym. It said, "This summer, do you want to be a mermaid or a whale?"

A middle-aged woman, whose physical characteristics did not match those of the woman on the poster, responded publicly to the question posed by the gym.

"Whom It May Concern, Whales are always surrounded by friends (dolphins, sea lions, curious humans.) They have an active sex life, get pregnant and have adorable baby whales. They have a wonderful time with dolphins stuffing themselves with shrimp. They play and swim in the seas, seeing wonderful places like Patagonia , the Bering Sea and the coral reefs of Polynesia .

Whales are wonderful singers and have even recorded CDs. They are incredible creatures and virtually have no predators other than humans. They are loved, protected and admired by almost everyone in the world.

Mermaids don't exist. If they did exist, they would be lining up outside the offices of Argentinean psychoanalysts due to identity crisis. Fish or human? They don't have a sex life because they kill men who get close to them, not to mention how could they have sex? Just look at them ... where is IT?

Therefore, they don't have kids either. Not to mention, who wants to get close to a girl who smells like a fish store? The choice is perfectly clear to me: I want to be a whale.
Posted by Electra at 7:54 PM